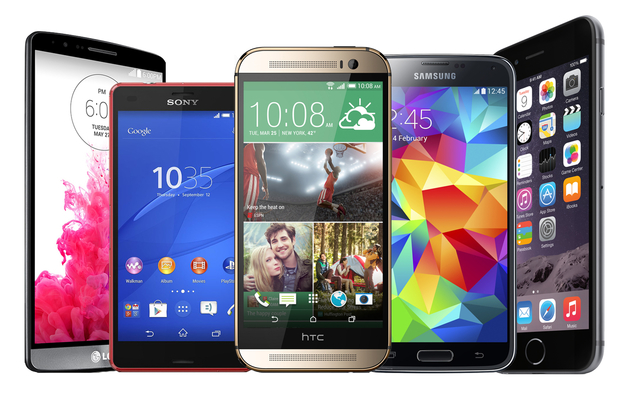 Last week I carried out a social experiment inadvertently. I left my phones at a site on Thursday, I could only collect them the next Monday late evening. I have previously seen similar experiments carried out, with the outcome ranging from no effect whatsoever to life coming to a standstill. So, when I found myself in a similar situation, I now reflect on the findings based on how last four days went on.

This is my motto of life. We, humans, are super-adaptive creatures and no matter what life throws at us, we just face it and move ahead. This situation was no different. We lived before the smartphones existed and if by a freak accident or a giant solar flare, all phones stopped working one day, we will still carry on living. It was easy to cope with the change at work. Fewer calls meant I had more time to actually work. Also, if anyone wanted to call anyway, I was reachable on my desk phone. I can say that there was no noticeable difference between having a phone and not having one. This might have been different if I had to go away from my place of work, but as long as I had a mobile phone, I would have been fine; a smartphone wasn’t necessary.
It was not so easy on the personal front. At times it was difficult to manage things. And that brought my second realisation.

We are slaves of data

We like to be in control of our life, and as part of it, we love to be on top of our game. The recent Facebook data privacy fiasco showed that we trust technology a bit too much, more than it needs to be, and in hindsight, probably a bit far beyond our level of comfort. For example, how many of us have actually done a network reset on their smartphones lately? Just because we don’t want to lose all the WiFi logins we gathered over the years. Coming back to data, now most of the websites use a two-stage login. So without the phone, I could not access my bank accounts, over the weekend I had to carry change for parking because I couldn’t just pay with the app, before the drive home I couldn’t quickly check if there was any traffic congestion. I even had to pay the full price for a burger in Burger King! And all the walking I did wasn’t logged either.
But all such things I couldn’t do, they were not indispensable. Not at the beginning at least. It was nice not to carry your wallet and pay using the phone. It was a privilege not to queue up at the machines in the car park and just walk over to note the location number. It felt safe that your bank generated a random number so one cannot log in without the phone. But the more we started using these features as necessary, rather than just call, text and store contacts, our life started to depend on the smartphones. It’s like with the advent of calculators, we lost numeracy. So, in effect, a lot of our daily functionalities now depend on the availability of 3G/4G or Wifi.

On the plus side…

So far I have written about things that we can do without smartphones but chose to use them in order to make our life easier. And how over-dependency gives us a rough time when these conveniences don’t work. However, what I really missed about not having my phones was the ability to connect with my family. Functions like FaceTime that almost makes you feel as if you’re talking to them face to face. Not that the technology didn’t exist before, but smartphones made it a lot easier to stay in touch with your friends and family. I’m not an avid user but I can see the attraction of apps like WhatsApp and Snapchat, to communicate with your friends real-time, no matter where in the world you are. And I really missed having the ability to take pictures whenever I wanted. So I couldn’t capture my three-month-old daughter smiling at me, or her big sister singing songs or playing in the garden. Those precious moments will be lost in the memory without any testament.

In conclusion, I think smartphones dominate our life these days, because, with time, we have become lazy. Also, in order to make our already complex life a bit easier, we have relied a bit too much on the smartphones. Yet, the functionalities that are indispensable to us are the ones that have been the basic features of mobile telephony. Beyond all the cutting edge operating systems, engaging apps, underwater camera and face detection features, it is ultimately a phone, that connects two people away from each other. It is an eye-opener for me because the more I watched the adverts of newer phones, it appeared as if they were anything but phones. But being able to speak is the main feature that I missed during the time I didn’t have the phones with me. The rest was just habit and I’d have soon learnt to live without them.