Another year. Another football season coming to end. Another so-near-yet-so-far year at the KOP. It leaves a void when you think of the drama, the expectations, the equation amongst the best six and the rest of the best — the whole buzz is a thing of the past. A new season will begin soon, with new teams, new faces. For a Liverpool fan, every year ended as a disappointment lately, but there was something about the EPL this year that made me pen this down.
First, the campaign had not finished at the EPL for Liverpool. After many years, a Champions League final presented with a great opportunity, although it ended in heartbreak and disbelief. Halfway through the EPL season, when the Man City juggernaut seemed to blitz all their opponents into dust, people kept saying Man City is the best team in Europe and they deserve to win the CL. Since then, Man City played three times against Liverpool. The rest is history. Yes, City has been in an imperious form this year. Yes, they scored 106 goals and reached the fabled 100 point mark. Perhaps they were the most consistent of them all. Yet, LFC this year seemed a different unit. The played firebrand football that blew any doubts the so-called football pundits cast over the team’s performance into smithereens. Not much to comment on City being the best club in Europe, in my view Liverpool played the most flamboyant football this year. Considering Real Madrid was the last bastion before the CL trophy, the loss of Mo Salah prevented us playing the natural attacking game and that sealed the luck. Yet, a number of players showed their potential like Alexander-Arnold, Anderson who would become a great asset for the team. 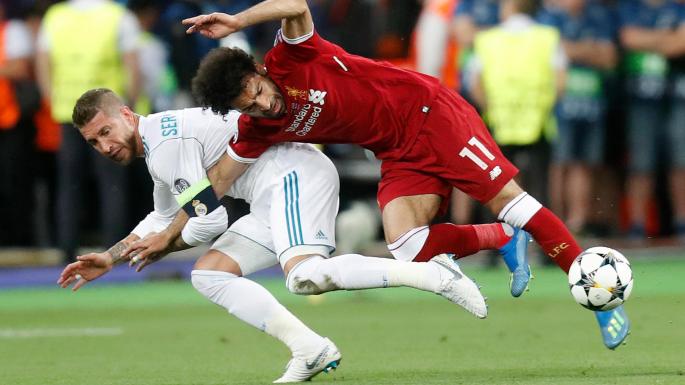 Also, during the 2017-18 campaign, Liverpool managed to function in a much-coordinated fashion that it hadn’t for quite a few years. Their forward line has always been great, but there was no connection between midfield and the defence. Most of the matches or point Liverpool list were due to its defence buckling under pressure. And it was crucial that the team performed well against smaller teams. That’s where most of the points were lost in previous seasons. The coordination, under Jürgen Klopp and with Virgil van Dyk strengthening the defence, has been superb this year. Besides, we played forwards who operate much deeper, helping midfielders.
This brings to the coach and the transfers this year. The signing of Virgil van Dyk was a great move, and so was selling Philipe Coutinho. If a player wants to leave a club, it’s worth waiting to get the best deal for him, but clubs who keep blocking transfer of players when they want to go, don’t help themselves. It was wise to let Coutinho go, and not spend all the transfer money if they didn’t need to. It was a clever move from Klopp, and I believe it kept the board happy as well. This was one of many master strokes of the boss, and his biggest success is moulding the individuals into a team and instil a sense of dynamism. It was phenomenal how Liverpool never felt the loss of Coutinho after January, as Mané, Firmino and Salah shared the burden at the frontline. If the middle of the year transfers were meticulous, the transfers for the 18-19 season were phenomenal. Alisson Becker, Nabi Keita, Xherdan Shaquiri and Nabil Fekir — the reds have sure pushed their boat to a level that kept other clubs go green in envy.
No words are enough to describe Mo Salah’s spectacular performance this year. He was Liverpool’s Mr Dependable, scoring in almost every game. He’s got good speed, fantastic ball control and a calm head to finish off the goal. I’m sure if Salah continues his form this year, he going to be the UEFA footballer of the year. He surpassed with ease the previous record set by none other than Luis Suarez. Yet, because of the stellar performance of Mo Salah, one should not forget the other two prongs of the LFC juggernaut, Roberto Firmino and Sadio Mané. If it was just a one-man band, it would have been much easier for the opponents, but when all three of them are on top form, and helping not only by scoring but also on assists, it goes without saying why LFC has become one of the most daunting clubs in Europe now. And behind that explosive front line, there was a balanced mix of young talent like Oxlade-chamberlain and experienced veterans like James Milner. The defence is well-knit with van Dyk and there is a safe pair of hands in Carius under the goalposts. The CL final hadn’t been his day but he made a number of good saves in the game. The entire team raised their game this year, and the results are formidable.
I think I’ve digressed a bit far from where I started. I’m not a die-hard fan of EPL. Yet, this season kept me on my toes. It was probably clear a long time ago that city will win the league, but the battle for the second place went on for a long time until the defeat in Old Trafford. Amid other things during weekends, I never failed to check the score. I have been a bit superstitious as well, and during CL matches, I only checked scores when I knew the match was over. I didn’t want to jinx the performance. I was never disappointed! Yet I never got too excited because the last time I felt jubilant was in 2014-15, and we lost the title at the very end. In the CL final, I know that we’ve lost to a team that can write a manual on how to play Champions League finals. That was the last match of the season, nothing more to gain, nothing more to lose. No matter what the result was, the performance of LFC this year has filled me with hope, that this team has immense potential, and can fire on big stages. A hope that this team is going to put their hands on the cup one first time since it eluded us from the inception of EPL.
But beyond Liverpool’s performance, I took a bit more interest in the league table in general than previous years. And I paid more attention to the other games every week, knowing how results in other games would affect LFC on the table. And you realise the role of the “minnows” who are expected to be easy points. Teams that are even relegated this year, like West Brom or Swansea, they have changed the dynamics of the league table significantly, by drawing or winning against the top six. A few years back Leicester proved it’s not just the best-six-and-the-rest. This year, until the last moment, it wasn’t sure if Arsenal would be toppled from the top six spot by Burnley. This makes you think that EPL one of the most competitive leagues in Europe. We know that it’s the richest, but in terms of competition, it’s probably also one of the most gruelling ones, and there are more contenders to the top spot than elsewhere. The next season will bring another intense array of footballing skills and with wise signings during the transfer window, Liverpool can surely become the top contender for the elusive trophy. I know I think about it every year, but seeing how the team is working as a unit, I’m hopeful that the kop will produce flamboyant firebrand football.
51.455215 0.250684